Policies
What are the Nordic energy policies? What are the greenhouse gas emission targets? This Category looks at low-carbon energy RD&D budgets, climate targets, etc. 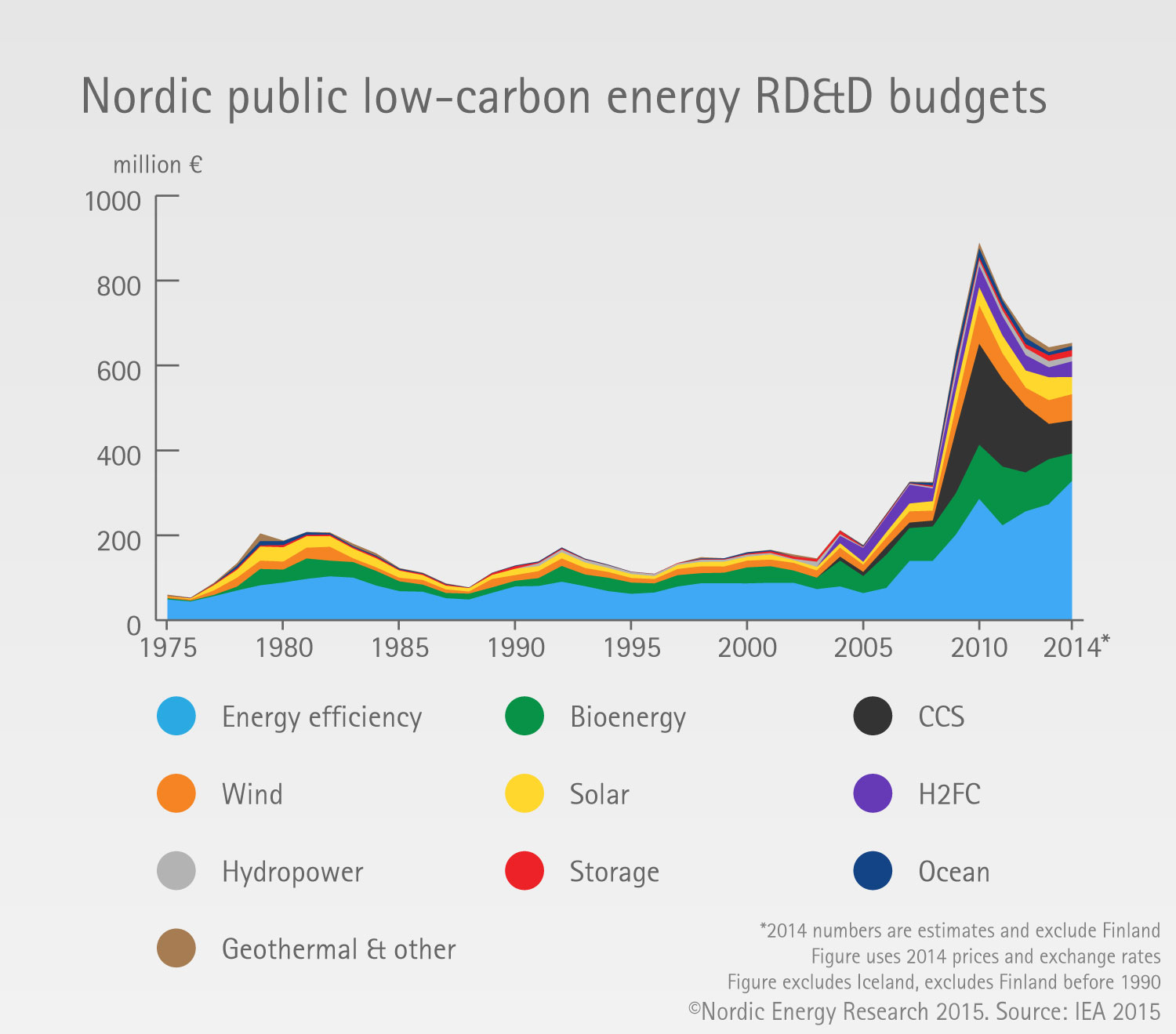 The Nordics: Focus on bioenergy, energy efficiency and CCS

Ever since the oil crises, the Nordic countries have prioritised public RD&D in core renewable energy technologies such as energy efficiency, biofuels, solar and wind energy. In the last decade…

Ever since the oil crises, the Nordic countries have prioritised public RD&D in core renewable energy technologies such as energy efficiency, biofuels, solar and wind energy.

In the last decade these technologies have seen a considerable surge in support, specifically in biomass in Sweden, Denmark and Finland, energy efficiency in Finland and Norway. In addition, Carbon Capture and Storage has seen significant support in Norway.

While Sweden was the prime funder of public low-carbon energy RD&D in the late 70’s, the recent increase in funding is evident in all Nordic countries. All countries experienced an increase in RD&D investments in the late 2000’s, partly due to the increase in governmental subsidies during the financial crisis.

Note: Figures show million Euros with 2014 prices and exchange rates. No data is available for Iceland. Data for Finland only from 1990 to 2013.