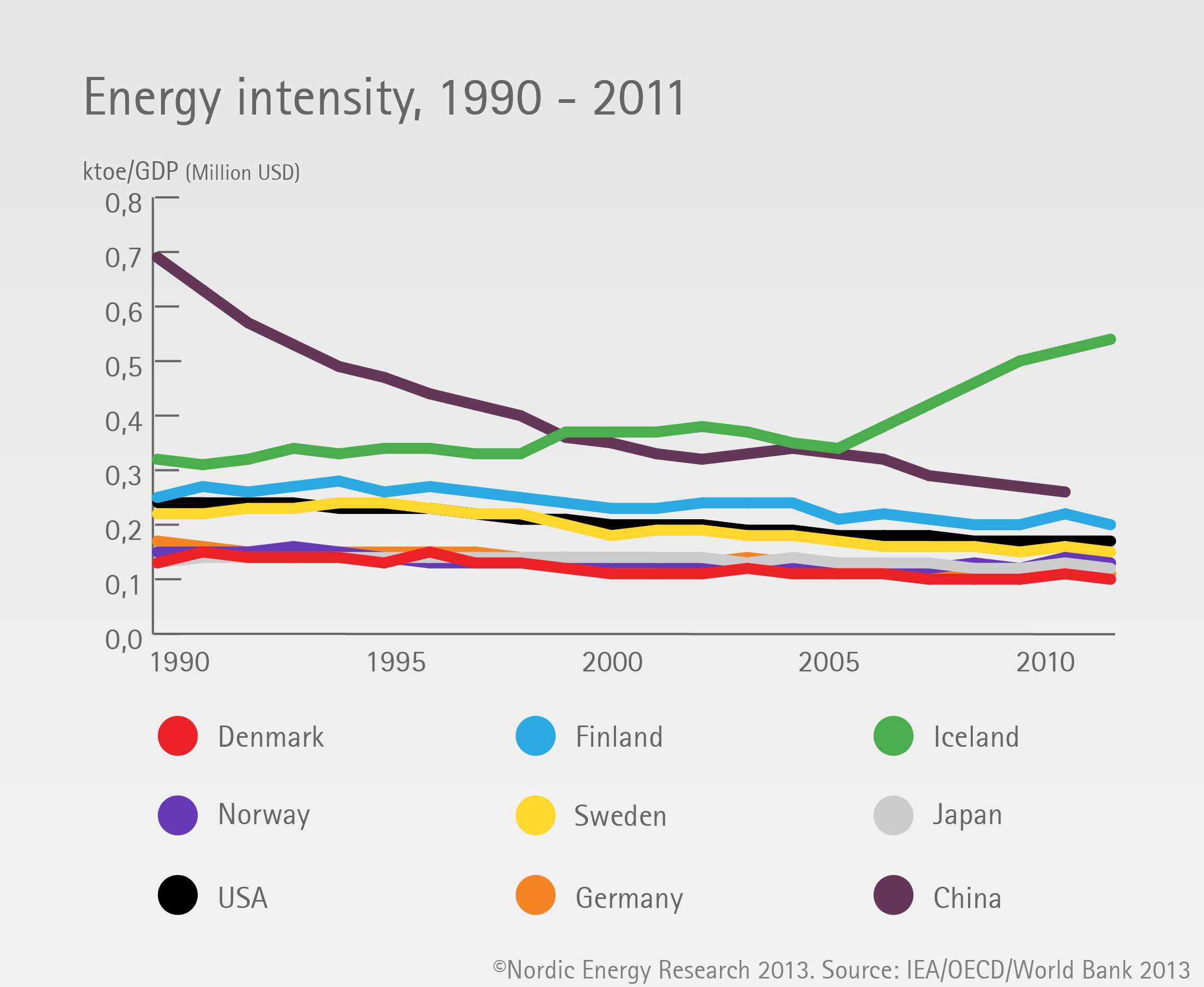 Over the last 20 years, the major economies have gradually reduced their energy intensities. That is to say that they now use less energy to produce one unit of GDP…

Over the last 20 years, the major economies have gradually reduced their energy intensities. That is to say that they now use less energy to produce one unit of GDP than they did before. The only exception in the figure above is the specific case of Iceland.

The trend towards efficiency is most evident in China. As its economy has increased productivity and moved towards higher value products, GDP has increased much faster than energy consumption.

The trend also reflects China’s policy to decrease energy intensity – their current goal is a 16% reduction in the five years to 2015.  On the other hand, Iceland has expanded its (often foreign-owned) energy-intensive aluminium industries at a faster rate than it has grown its economy.