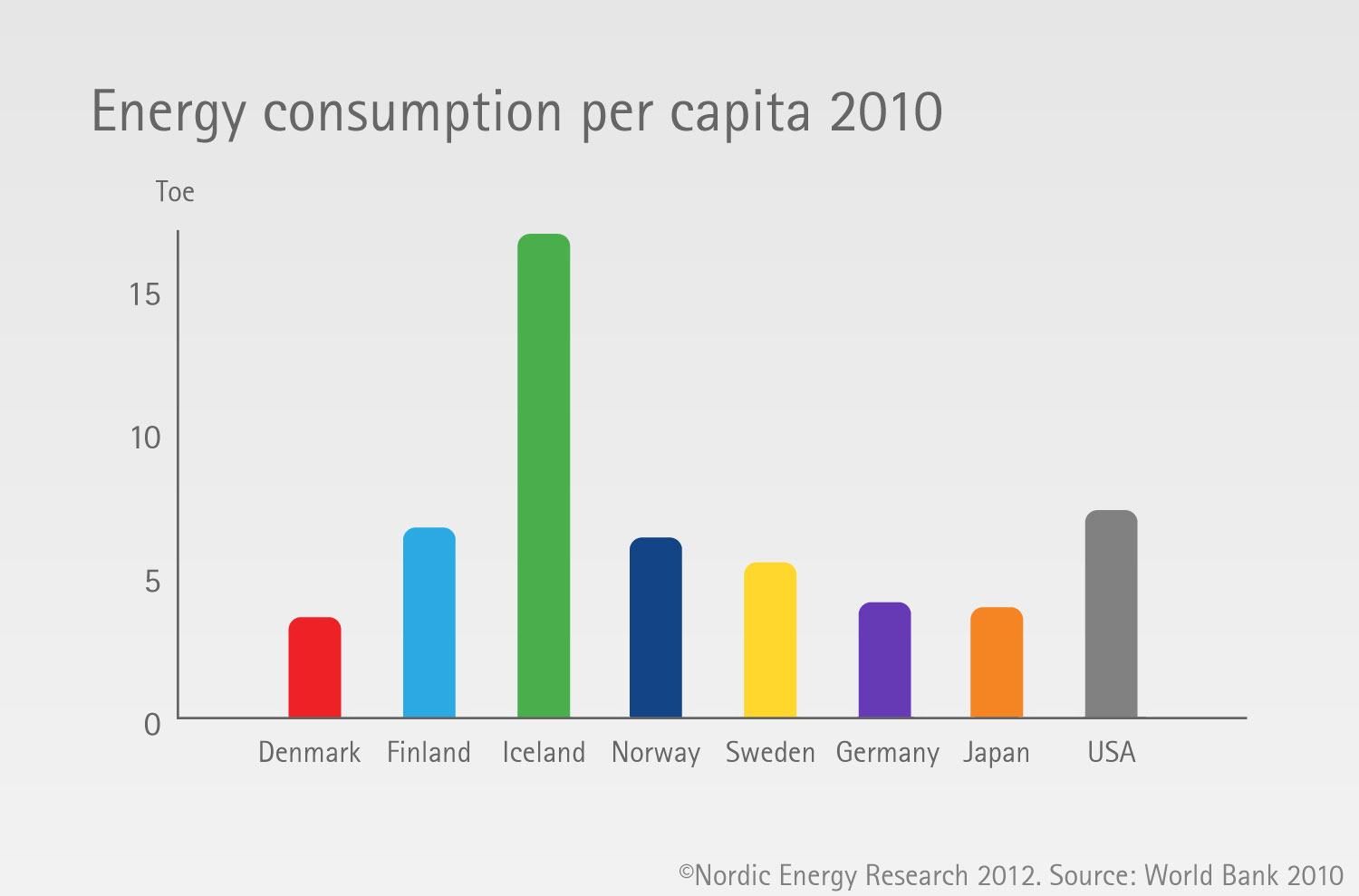 The Nordics: How much energy does a Nordic citizen use?

There are considerable differences in energy use per capita in the Nordic region. While all five countries share a relatively cold climate, variation in industrial activity and energy resources result…

Both Iceland and Norway have electricity-intensive industries, taking advantage of abundant renewable sources of electricity  in the two countries, such as geothermal and hydropower. Norway uses electricity in the heating of space and water to a much larger extent than the other Nordic countries, which have more developed district heating systems. District heating involves the distribution of heat though underground water pipes, and is much more widespread in the Nordic countries than other regions.

Iceland’s relatively high energy consumption per capita stems from its aluminium smelting plants, which contributed to an increase of 54% in total primary energy supply between 2005 and 2008. Iceland’s three plants consume more than five times as much electricity as all of the country’s inhabitants .

By contrast, Sweden and Finland’s industrial sectors are made up by more heat intensive industries, such as the paper pulp industry. Denmark meanwhile, has relatively little energy-intensive industry.

A total of 35% of the energy supply and 65% of electricity production in the Nordic countries is renewable. Despite this, there is large potential for improvements within energy efficiency.