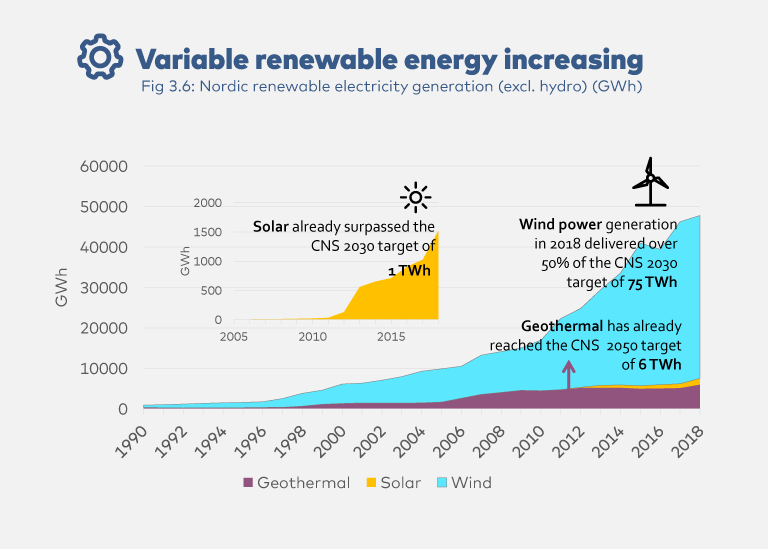 Wind power generation has been significantly increasing since the mid-90s, bringing total Nordic wind power generation to 40 TWh in 2018 – over half of the CNS target for 2030 of 75 TWh. Solar power has also seen a rapid expansion. The power generated from solar has already surpassed the CNS 2030 target of 1 TWh. Electricity generation from geothermal energy has stabilised at just above 6 TWh, topping the CNS requirement for 2050.

The use of hydropower for electricity generation (not shown in the figure) fluctuates from one year to the next depending on precipitation levels. On average, generation has been stable over the years with a slight decrease in 2018 (229 TWh).