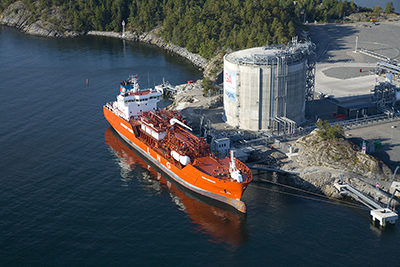 This study assesses the prospects for seven alternative fuels for the shipping sector in 2030, including biofuels, by applying a multi-criteria decision analysis approach based on the estimated fuel performance, input from a panel of maritime stakeholders and by considering, explicitly,the influence of stakeholder preferences. Seven alternative marine fuels—liquefied natural gas (LNG), liquefied biogas(LBG), methanol from natural gas, renewable methanol, hydrogen for fuel cells produced from (i) natural gas or (ii) electrolysis based on renewable electricity, and hydro treated vegetable oil (HVO)—and heavy fuel oil (HFO) as benchmark are included and ranked by ten performance criteria and their relative importance. The criteria cover economic, environmental, technical, and social aspects.
Stakeholder group preferences influence the ranking of these options. For ship-owners, fuelproducers, and engine manufacturers, economic criteria, in particular the fuel price, are the most important.
These groups rank LNG and HFO the highest, followed by fossil methanol, and then various biofuels (LBG,renewable methanol, and HVO).
Meanwhile, representatives from Swedish government authorities prioritize environmental criteria, specifically GHG emissions, and social criteria, specifically the potential to meet regulations, ranking renewable hydrogen the highest, followed by renewable methanol, and then HVO. Policy initiatives are needed to promote the introduction of renewable marine fuels.
Author: Julia Hansson, Stina Månsson, Selma Brynolf, Maria Grahn
Publish date: 2019-05-24
Language: English
24 May 2019
Download the publication