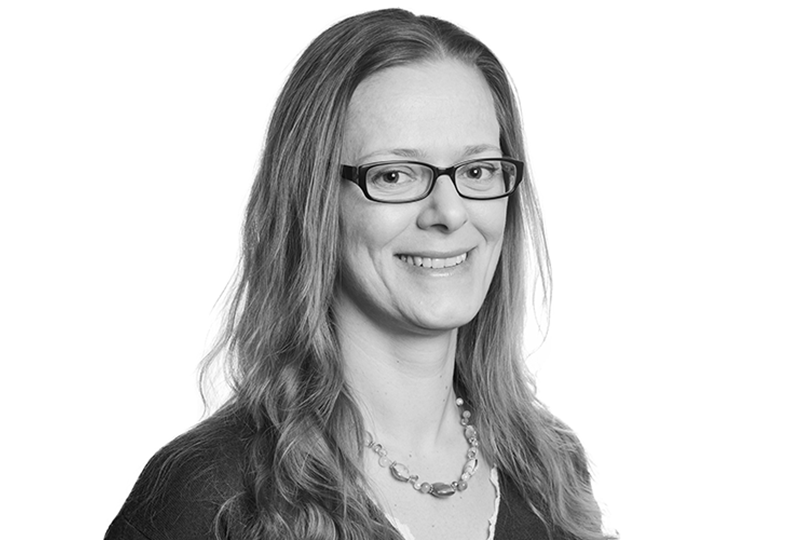 Karina Barnholt Klepper: “Change will not come of itself”

In August this year, Nordic Energy Research and Nordic Energy Equality Network (NEEN) published the report Gender equality in the Nordic energy sector. By mapping the female representation in the…

In August this year, Nordic Energy Research and Nordic Energy Equality Network (NEEN) published the report Gender equality in the Nordic energy sector. By mapping the female representation in the Nordic energy sector, the report revealed that women are underrepresented throughout the sector, even though gender equality is a significant element in achieving a socially sustainable transition to a green energy system.

Here, Karina Barnholt Klepper, the founder and Chair of NEEN, as well as a senior researcher at the Norweigan Defence Research Establishment, elaborates on her thoughts about the report. According to Barnholt Klepper, the first thing we must realize is that the issue is not something for either women or men to fix, but a societal problem that we must solve together.

How can we improve the gender equality and diversity within the energy sector?

I think awareness in all parts of an organization is a crucial point. Awareness needs to be raised in all levels of an organization, by bringing forward statistics (such as pay gaps) within that organization and taking active steps to make changes through awareness campaigns, courses, mentoring (not least reverse mentoring, which has been especially effective), and giving attention to role models. You have to set up goals, both for your own organization and for collaborators, and follow up on them through monitoring. Change will not happen by itself!

What could be the reason behind the more well-balanced female representation, that some of the respondents in the study did display?

I would assume that they have made a conscious choice of moving towards gender equality and implementing steps that could move them closer to such goals. By acknowledging that gender equality is important – not only in society in general, but in all facets of the energy transition – and by choosing to strive for it, you make your mindset more inclusive. Inclusive mindsets and diverse workplaces inspire and encourage creativity that may result in bold, new ideas. Cultivating and harnessing new ideas will increase your competitiveness, no matter what part of the sector you’re in, and create a more content and motivated workforce. Engaged workers are the best advertisement you can get and will make your workplace more interesting and inclusive for new recruits, which consequently attracts employees from a wider selection of the population.

Why do so few women seek professional or academic paths and positions in the energy sector?

I do not think few women apply for such positions due to a lack of interest – I think other reasons are at play. The statistics show that the number of women studying in these fields are increasing. However, the trend is still the same as always when the women make progress in their careers – they decrease substantially in numbers as they move up the hierarchy in academia. I think that women do not apply for these positions because they think they will have no chance to get them. We know that women need twice as many published papers as men to be considered equal, and that position descriptions can be written in ways to best suit certain known candidates, for instance. The work environment often fosters competitiveness, rather than collaboration, which might not be seen as attractive or expedient. Other work environments may seem more inviting and have more flexible arrangements than academia.

To attract more women to study energy-related science and pursue academic careers, I think we need to begin early. We need to change our mindsets and norms, and stop dividing our children into blue or pink, cars or dolls, men’s and women’s jobs, and stop such labelling from the start. We have to stop saying that mathematics or natural science is difficult. If you tell someone that something is difficult, they will most likely experience it as difficult or more difficult regardless of their actual talent. We even label sciences as hard or soft and thereby continue the notion that hard equals male and soft equals female.

I also think that academia needs to rebrand itself, which NEEN pointed out in their recommendations. We need to show that energy-related research isn’t about making technical gadgets, but that it contributes to solving societal issues and to combating climate change. We have to show that it is all-hands-on-deck for a socially sustainable future, which requires all people and all sciences to collaborate. We must raise awareness about these issues in academia – it is not okay to ignore gender aspects of one’s research or to think that it doesn’t affect scientific progress and the working environment to lack gender equality and diversity in the workplace. We need to change how job announcements are written and make them more inclusive, change mindsets about how men and women are evaluated, and increase flexibility.

As for the Nordic region’s role as a sustainability frontrunner, what are your thoughts on combining green energy and gender equality?

It is necessary to combine these aspects to implement socially sustainable solutions and reach the climate goals, and for the Nordics to maintain their economic advantage and keep unemployment low when fossil fuels are phased out. This will in turn preserve our democracy and minimize social differences, which we pride ourselves on. Energy poverty is a real threat to our Nordic society if we do not take well-considered steps in the energy transition. It is society’s weakest that will be at risk, like the elderly, people on benefits and the unemployed young.

Additionally, the Nordic countries are no longer the fastest runners in gender equality and have still not reached equality. Only actual equality will be good enough, and the Nordics must be role models, also within the energy sector. We may have the best starting point in the world to achieve these goals and mustn’t lose that lead.

After this report, what are the next steps?

I think we should follow the Icelandic model and legislation on removing gender pay gaps. As Bjarni Bjarnason, CEO at Reykjavik Energy says in the report: “You decide, and then you do it!” We have to set higher standards for ourselves concerning gender equality and diversity, and make sure to monitor and report on progress. We need to gather even better and more comparable statistics and repeat the Gender equality in the Nordic energy sector-report on an annual or biannual basis. To monitor these numbers should feel like a natural part of any reporting, rather than something that is easy to opt out from. What’s more, we need public campaigns showcasing the statistics, designed to change mindsets and raise awareness.

I hope for a joint, Nordic declaration on this topic, much like the Helsinki declaration on Nordic Carbon Neutrality in 2019. Ultimately, cultivating new, holistic energy solutions is a necessity for reaching the climate goals for 2050. We cannot afford to not put all our brainpower to use in the aim for these goals, and we need to take rapid action to significantly improve gender equality and diversity in the energy sector.