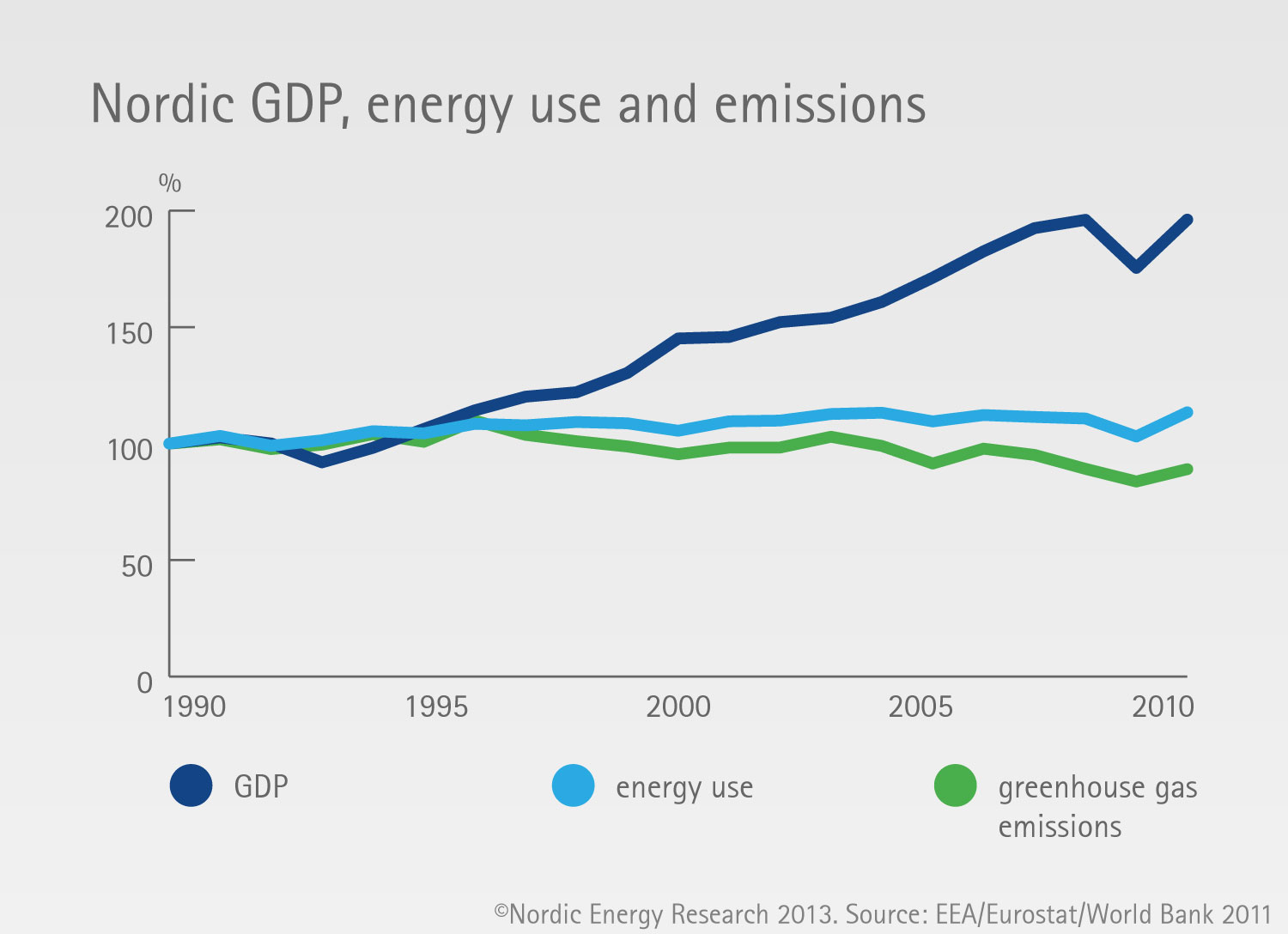 The Nordic region has successfully decoupled growth in GDP from greenhouse gas emissions in the last decade. Decoupling economic growth from environmental damage has been widely advocated as a key…

The Nordic region has successfully decoupled growth in GDP from greenhouse gas emissions in the last decade. Decoupling economic growth from environmental damage has been widely advocated as a key step towards sustainability. This can also be described as a reduction in the energy intensity of the Nordic economies, a measure of the energy used to create one unit of GDP.

It is important however, to consider the effect of ‘carbon leakage’ – where carbon-intensive industry moves outside the region. This is prevalent in much of western Europe, with growth in low-carbon sectors such as services, corresponding is growth in imports of carbon-intensive goods from Asia.

The region has also seen a gradual decoupling of energy use from greenhouse gas emissions, due to a decarbonisation of energy production and efficiency improvements.

Note: calculations are made using 1990 as the base year.