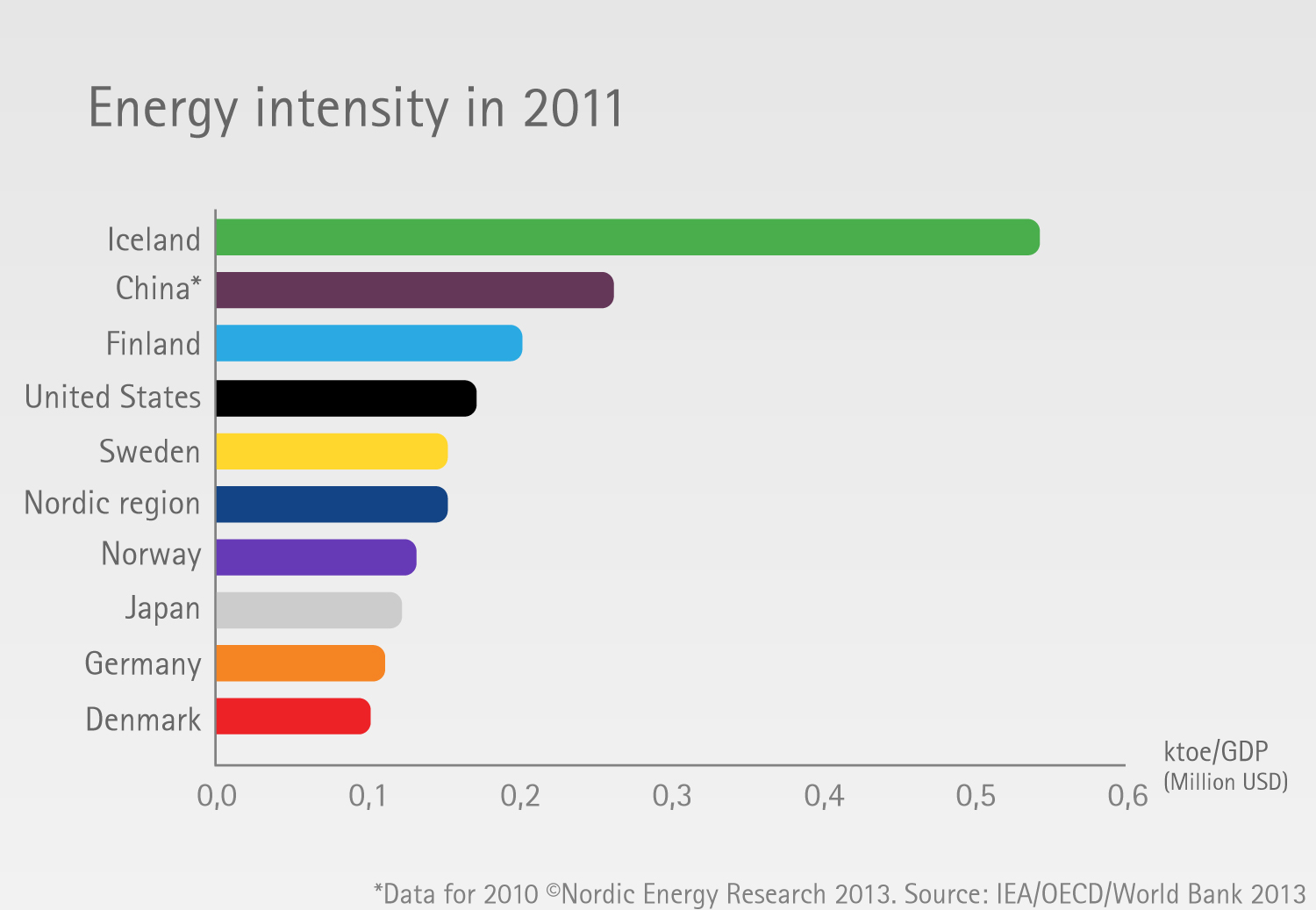 The Nordics: How energy efficient are the Nordic economies?

Energy intensity is a measure of how energy efficient an economy is – it indicates how much energy it takes to create one unit of GDP. In the figure above…

Energy intensity is a measure of how energy efficient an economy is – it indicates how much energy it takes to create one unit of GDP. In the figure above, an energy intensity of one means that energy equivalent to one thousand tonnes of oil goes towards earning one million dollars in the economy.

Energy intensity reduces as energy efficiency in demand sectors like buildings and industry increases, but the overall structure economy also influences the ratio.  Countries with significant heavy industries will typically have a higher energy intensity than countries earning GDP primarily from service sectors.

Denmark has the lowest ratio, reflecting energy efficiency measures and its lack of energy intensive industries. By comparison, Finland and Sweden have higher energy intensities due to industries like paper and pulp.

Iceland has always used its abundant geothermal energy for heating, with little need for energy efficiency measures. The country’s already high energy intensity has ballooned over recent decades due to the dominant role of energy intensive industries like aluminium smelting in its small economy. However, when considering that all of the country’s electricity and 81% of its energy supply is renewable, with no electricity cable connecting it to Europe, energy intensive industry is a smart method of exporting its plentiful clean energy resources.