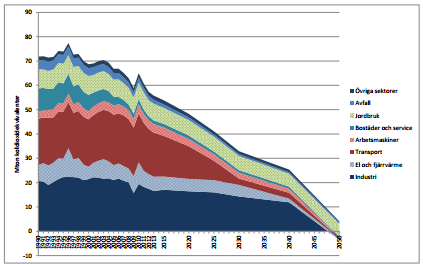 The Finnish climate roadmap makes it clear that Finland will not be able to reach it’s target to become climate neutral without the use of zero-emission biomass or carbon capture and storage (CCS).

The “Energy and Climate Roadmap 2050” contains an analysis of the means for the construction of a low-carbon society and an 80–95% reduction in greenhouse gas emissions in Finland from the level of 1990 by 2050.

The roadmap makes it clear that efforts must be made to reduce greenhouse gas emissions in all sectors, although the potential for this varies greatly between the sectors. For example, many industrial process emissions can only be significantly reduced if carbon capture and storage technology (CCS) becomes commercialised.