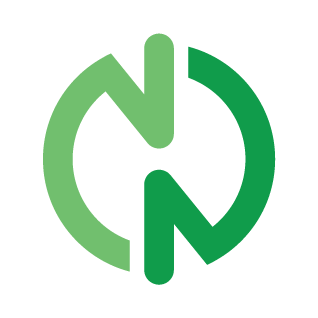 Myths and facts about negative emissions

Some argue that developing carbon negative technologies gives us permission to slack away, but we are actually slacking away if we do not consider CO2 removal

Some skeptics to the development of carbon negative technologies argue that they would allow us to hold off on real climate-saving hard work for later. But putting effective CO2-negative climate mitigation strategies on the shelf is not an option  if we want to have a gradual shift from our current lifestyle to a low-carbon future.

If we don’t want to passively accept climate change by waiting until its too late, what are our options?

Since long before humans tipped the carbon balance, our planet has had natural mechanisms taking care of additional emissions in the atmosphere. Currently, a big piece of the CO2 pie is stored in the natural carbon sinks of the planet. One of those carbon absorbing sinks are forests that absorb  CO2 when they grow.

There are many advantages the afforestation or reforestation of large areas of land. Not only does this decrease the level of CO2 in the atmosphere, but there are also benefits to the environment such as an increase in biodiversity or the prevention of erosion.

Bhutan, the only carbon negative country in the world, is for a large part covered in woods that enable it to store more CO2 than it emits. The tiny kingdom in the Himalayas might be a poster child for a carbon negative lifestyle, but it certainly doesn’t compensate for the industrialized realities elsewhere on the planet. Realistically, industrial, or even post-industrial economies are ages away from completely decarbonizing like Bhutan.

As a climate measure, trees cannot compensate for the continuing and growing CO2 emissions from industries. Additionally, they can only be a permanent carbon sink if the forests are never burnt or used. Thus, as beneficial as they are, trees can’t be our only option.

CO2: The needle in a haystack

There are several other ways to reduce the level of CO2 in the atmosphere. Direct Air Capture (DAC) mimics trees by filtering CO2 from ambient air. Yet this process, unlike the natural one, needs vast amounts of energy around the clock to stay operational.

CO2 makes up only about 0.03% of the air we breathe; due to its low concentration, pulling it out of the atmosphere is like pulling a needle out of a haystack.  You need a massive magnet with a substantial price tag to pull that needle out; the renewable energy currently available is still in short supply and there’s more efficient ways of using it to decarbonize.

Air capture is still an expensive, energy laden way of getting CO2 out of its usual cycle. In addition to those disadvantages, the technology can only be called carbon negative if it’s coupled with permanent CO2 storage and the exclusive use of renewable energy – otherwise, the same CO2 merely ends up in the air (twice) and uses fossil energy sources to do so.

Capturing the CO2 that would otherwise be released and dispersed into the air from point sources is a much more efficient way of approaching the problem. It is also cheaper, costing about 30 times less than direct air capture. If some of the CO2 captured originates from organic material, the process becomes carbon negative. Coupled with biological carbon absorbers, capturing and storing CO2 from concentrated sources is one of the vital pieces of the puzzle for a low-carbon future. There are some things, however, to keep in mind.

Although CO2 emitted from industrial facilities using biomass, such as paper factories and waste incineration plants, can be captured and stored to achieve negative emissions, bioenergy production with CCS (BECCS) has gotten much attention.

Biomass is a scarce resource that should be used wisely. By indirectly causing land use change, the rapeseed and palm biomass production currently causes more emissions than it cuts. The biomass we use needs to thrive on as little resources as possible and most of the first-generation biofuels that compete with food production don’t make that cut.

Using technologies that efficiently use sustainable biomass, such as Chemical-looping combustion (Bio-CLC), energy and negative emissions can be produced efficiently and at a relatively low cost.

Beyond trees, there are other organisms that photosynthesise without using that many resources along the way. Algae, for example, can thrive in a small area with minimal resource input. Exploring the sustainable growth of biomass will be crucial in developing sustainable Bio-CCS systems that will be able to both provide energy and remove CO2 from the atmosphere.

However, more efficient biomass production does not mean that it can be used squandered. In fact, the limited biomass availability should only encourage the simultaneous the development of other climate change solutions, such as CCS, improved energy efficiency and electrification.