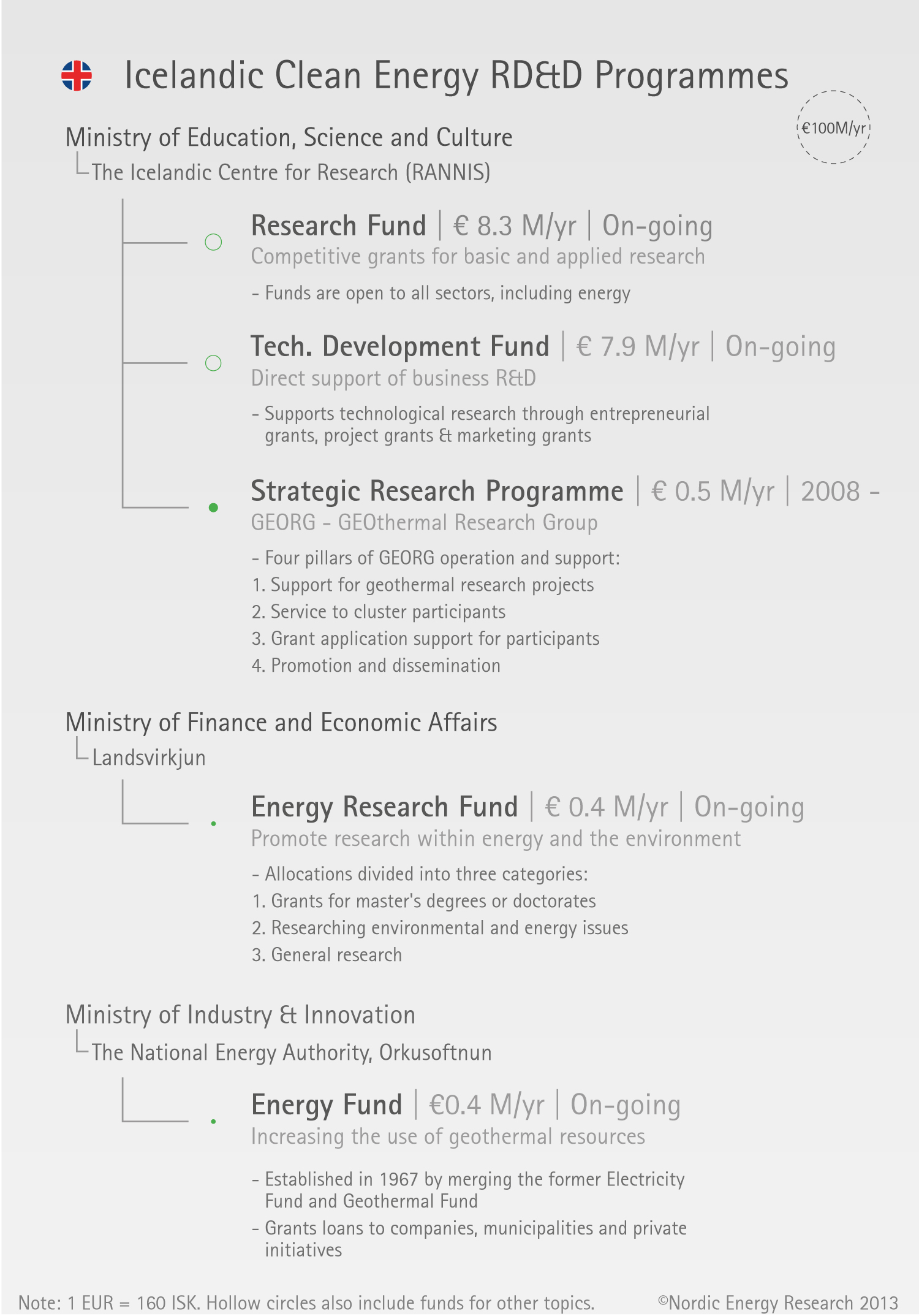 Organised under the Ministry of Finance & Economic Affairs, the Icelandic Research Fund (RANNIS) administers two energy-related funds. The Research Fund allocates € 5 M annually in competitive grants for basic and applied research in a range of topics including energy. The Technology Development Fund allocates € 4.5 M annually in grants for technological research, where energy is also funded.

Also formally organised under the same ministry, the Strategic Research Programme runs the Centres of Excellence. GEORG, the geothermal research group, is one of three. In addition, The National Power Company Landsvirkjun allocates funds through the Energy Research Fund, totalling € 0.4 per year. Funds are allocated through three categories, mainly targeting students and post-graduates. Finally, the National Energy Authority Orkusotfnun grants loans to companies, municipalities and private initiatives through their Energy Fund.

In short, energy research in Iceland focuses on the abundant geothermal resources, most of which have already been managed. Iceland spends a significant 3.1 % of GDP on public RD&D, often allocated as competitive funds or grants.

Notes: Circle-size represents average annual funding for each programme in millions of Euro. Hollow circles indicate the inclusion of funding not within clean energy topics. Clean energy refers to energy technologies that facilitate the transition to a more sustainable energy system.