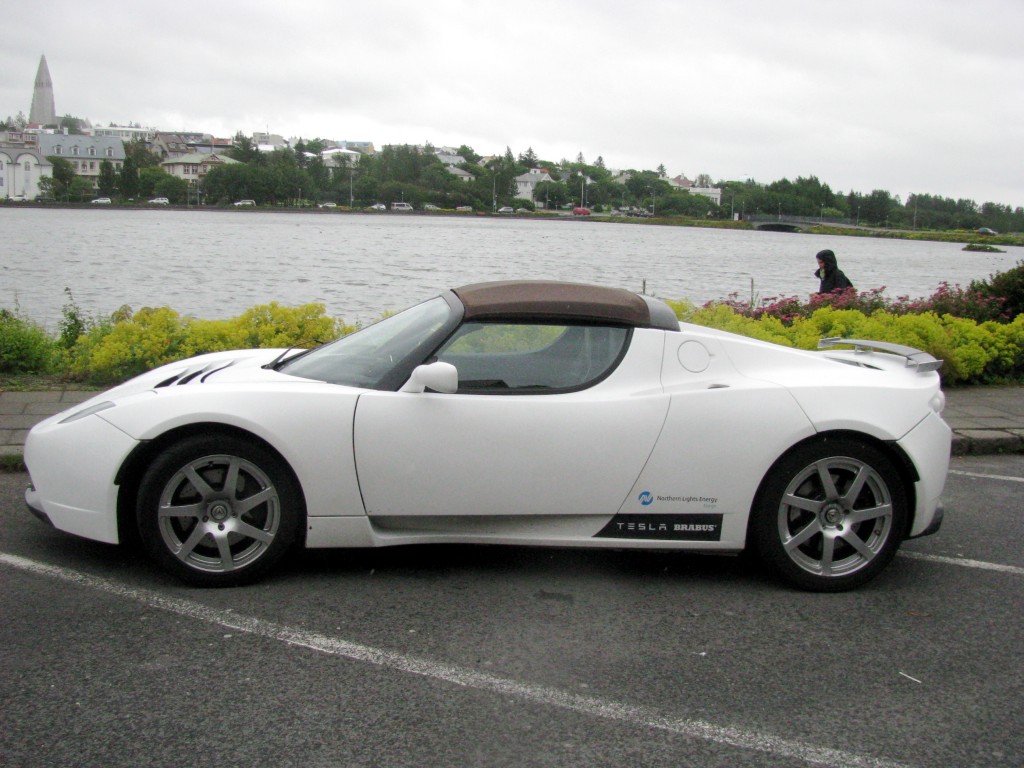 Too fast for the future…

A speeding ticket for driving an electric vehicle may seem at first a far-fetched possibility, but no. The director of Northern Lights Energy – a company specialising in promoting electric…

A speeding ticket for driving an electric vehicle may seem at first a far-fetched possibility, but no. The director of Northern Lights Energy – a company specialising in promoting electric cars – was recently fined for driving 124 km per hour in a 90 km zone in Iceland in a Tesla Roadster vehicle.

Development of electric vehicles has come a long way, but electricity will never be able to power the heavy vehicles, intercontinental ships and planes that currently account for half of fuel use in the Nordic countries. In 2050 these will account for 80 percent of fuel use. Energy-rich fuels are needed. Enter CO2 Electrofuels.

“CO2 Electrofuels is the name of a joint two-year Nordic project launched last November that aims to use new high-temperature electrolysis techniques to produce fuels from carbon dioxide (CO2) and water. This can find applications where CO2 and low-cost electricity are available, for example in Iceland, or by combining biofuel production with wind power and solar cells,” explains Claus Friis Pedersen, research engineer at Haldor Topsoe and coordinator of the CO2 Electrofuels project.

In Iceland, the company Carbon Recycling International (CRI) is already utilising CO2 from the Svartsengi geothermal power plant to produce methanol which can be blended with petrol in various proportions. The hydrogen sulphide that is part of the steam is first removed, then the CO2 is combined with hydrogen to form methanol. Hydrogen is produced at CRI by using electrolysis at a low temperature, below 100 °C.

True Nordic Collaboration
One of the Icelandic partners of CO2 Electrofuels is the refuse company SORPA. SORPA has been producing methane as an alternative fuel by tapping the methane resulting from landfill for a number of years, but another plant will be built in the near future to meet demand.

Asked whether Solid Oxide Electrolysing Cells (SOEC) would be used to increase fuel production in the new gas and composting plant, SORPA engineer Bjarni Hjardar says this would not happen immediately.

“However, it will be possible to use the SOEC process on a smaller scale after purifying the landfill gas in order to make pure methane and CO2, because gases such as hydrogen sulphide will be flushed out with the washing water,” he explains.

Hjardar says that SORPA will work in other ways on the CO2 Electrofuels project, for instance by investigating feedstuffs such as biomass, landfill and CO2 as well as examining the use of liquid methanol as a fuel for the shipping fleet and for transportation on land.

The Finnish company Wartsili is looking at the use of methanol in diesel engines in boats of varying sizes. Johan Danbratt says that this is particularly important because emissions from shipping contribute to air pollution and environmental problems.

“But another important advantage is that it is possible to electrolyse CO2 and obtain carbon monoxide,” he says. In methanol production, it is cheaper to use carbon monoxide than CO2 because less hydrogen is needed, and it is the production of this that is expensive.

“This would be a cheaper way of obtaining a blend of hydrogen and carbon monoxide for fuel production,” he said.

Article modified by Kalle Bartholin-Nielsen from original by Lowana Veal.