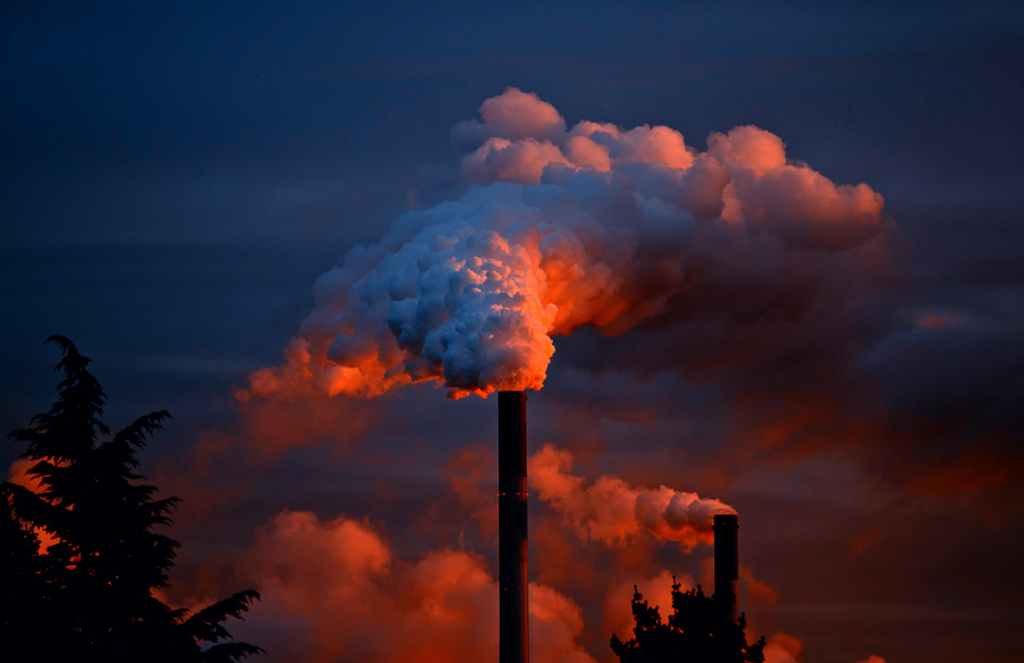 Seeking to dramatically cut emissions, Nordic industry has launched pioneering efforts to promote the wider deployment of Carbon Capture and Storage (CCS) and Carbon Capture and Reuse (CCR). Industry is the second-largest source of emissions in the Nordic region at 28 per cent, and as many of these emissions are process-related, they can only be mitigated through large-scale implementation of CCS technologies.

CCS removes up to 90 per cent of industrial CO2

Shifting towards renewable energy sources will not deliver the necessary reductions in industrial emissions to stay within the two-degree scenario of the Paris Agreement, let alone the goal of keeping global warming below 1,5 degrees. Industrial process emissions released during the manufacturing of products such as steel, iron, aluminium and cement must also be mitigated.

“There’s a strong need for CCS technology in the region,” says Hans Jørgen Koch, Director of Nordic Energy Research. “There’s lot of energy intensive industry, such as iron and aluminium production and pulp and paper production. Even though these industries are mostly powered by clean energy, the industrial process itself emits greenhouse gasses.”

Koch says that Nordic policy makers, research and businesses are answering the call for new CCS technology. There are ongoing projects in Norway and Iceland, and Nordic Energy Research is currently running a research project called Negative CO2, addressing capture and storage of emissions from biomass burning.

According to Nordic Energy Technology Perspectives 2016, published by the IEA in cooperation with Nordic Energy Research, direct industrial CO2-intensity must be reduced by 60 per cent to achieve the Nordic carbon-neutral scenario presented in the report.

“It’s impossible to reach these climate objectives without CCS,” says Olav Øye, Senior Advisor on CO2 Capture and Storage at the Bellona Foundation in Norway. He explains that the CO2 can be captured from flue gases, such as from cement factories or from waste-to-energy incinerators, and then injected into suitable underground storage sites.

“Around 90 per cent of the CO2 from certain industrial sources can be removed with CCS technology.”

The Netherlands recently introduced plans to capture and store around 18 million tons of CO2 per year from industry and two million tons from waste incineration. This means that one-third of the country’s emissions cuts by 2030 will come from capture and storage. A large CCS initiative is also under way in Norway, focusing on emissions from cement, waste incineration and production of ammonia, which is used in mineral fertilizers.

“The Norwegian Parliament has presented an ambition to set up at least one full-scale industrial CO2-capture facility by 2022, as well as infrastructure for transport and storage,” says Øye. He adds that Bellona’s hope is that the Nordic countries will join forces to establish a common Nordic CO2-infrastructure in the near future.

“Norwegian storage capacity exceeds by far the capture of industrial CO2 in the country,” he adds. “This means that industry emissions from countries like Sweden, Finland and Denmark could be captured, transported to Norway, and stored in the Norwegian continental shelf or the North Sea. In fact, Norwegian sites could hold decades’ worth of all European industrial emissions.”

Increased cross-border collaboration would also solve the biggest challenge of developing CCS in the region. Capital investment costs are high in comparison to solar power, wind energy and other smaller-scale climate mitigation technologies.

“Establishing a CCS infrastructure requires heavy investments and it’s unlikely that the investment costs can be borne by individual industries or even individual countries,” Koch explains. “Therefore, more countries must commit to collaboration on developing CCS technology and infrastructure.”

One of the companies involved in the Norwegian initiative is Fortum Oslo Varme, which produces and distributes renewable district heating in the Oslo region. Its waste-to-energy incinerator plant, Klemetsrud, is one of the largest land-based point sources of emissions in Norway, emitting approximately 400,000 tons of CO2 per year. This equals just over a tonne of CO2 per tonne of waste incinerated.

“The flue gas already undergoes a comprehensive cleaning process, where different types of gases and pollutants are removed from the smoke,” says Jannicke Gerner Bjerkås, Director of HR and Communications at Fortum Varme Oslo. “However, the CO2 isn’t removed in this process, and the question we asked ourselves was, why not?”

A feasibility study concluded that by building a CO2 cleaning facility, based on amine technology, Klemetsrud could capture 90 per cent of its CO2 emissions.

“This represents an enormous potential,” says Gerner Bjerkås, referring to existing waste incineration plants in Norway, Sweden and Denmark. “In addition, the EU has introduced restrictions on the landfill of waste, so EU countries are likely to build new waste incineration facilities in the coming years. By laying out the right policy framework for CO2 emissions from waste incineration, these facilities could be built with integrated carbon capture systems in the future.”

Captured carbon emissions can also be reused. Carbon Recycling International (CRI) is an Icelandic company that has developed a technology for fuel production from captured CO2. Its technology platform is already industrially mature and the first production facility has been in operation since 2012.

CRI’s production plant in Iceland produces renewable methanol by capturing CO2 from the emissions of a geothermal power plant and reacting the gas with hydrogen, made by splitting water with electrolysis. The methanol can be used directly as fuel in traditional combustion engines as well as fuel cells that transform the methanol into electricity. All energy used in the production comes from renewable sources, i.e. hydro and geothermal power.

“Using fuel from CO2 captured from industry emissions instead of fossil fuels makes it possible to power cars, ships or airplanes with a liquid fuel without creating any net CO2 emissions,” says Benedikt Stefánsson, Business Development Manager at CRI. “The technology therefore represents an effective solution to reducing emissions from the transport sector, which currently accounts for around 40 per cent of all emissions in the Nordic region.”

On 15 November 2017, Nordic Energy Research is organising the side event Renewable energy for energy intensive industry – new technology options at the Nordic Pavilion at COP23 in Bonn. The event focuses on the ways in which energy-intensive industries can change production processes and shift from fossil-based energy to renewable energy sources. At the session, the IEA will present a new report, Renewable Energy for Industry – From green energy to green materials and fuels.