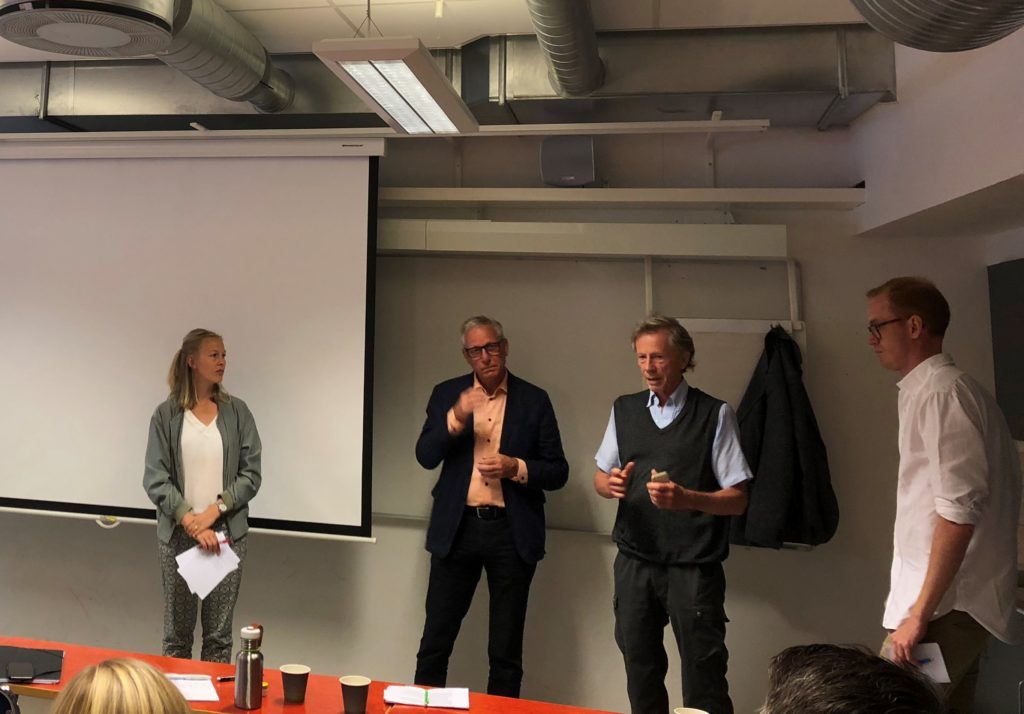 At Almedalsveckan in Visby, Sweden, on Thursday the 5th July 2018, Nordic Energy Research arranged a seminar entitled "The Nordic region – the world’s smartest energy system.  But can we keep…

At Almedalsveckan in Visby, Sweden, on Thursday the 5th July 2018, Nordic Energy Research arranged a seminar entitled “The Nordic region – the world’s smartest energy system.  But can we keep on flying?”

The seminar was part of a series of Nordic meetings in the ongoing work to identify areas of common Nordic interests for energy research. With reference to the recommendations from Jorma Ollila of last year on how Nordic energy cooperation can develop in the coming years, as well as results from the study Nordic Energy Technology Perspectives 2016, Nordic Energy Research CEO Hans Jørgen Koch emphasized the importance of an energy transition in Nordic transport systems. For aviation, a particular challenge is greatly reducing emissions even as air transport continues to grow.

Professor Per Kågeson gave his view on anticipated developments in climate-effective air transport. For shorter distances, batteries can be competitive due to rapid development in energy density and cost reduction of batteries. Per Kågeson also launched an idea to make a Nordic scheme for carbon taxation on aviation fuels where the collected tax would be used in the Nordic transition of the aviation system.  Anders Forslund from Chalmers presented developments of electrical aviation and announced a roadmap for such a scheme, to be completed in December 2018. Bo Diczfalusy moderated a panel where Per Kågeson, Anders Forslund, Malin Strand from Fossil free Sweden and Karl Wistrand from Swedavia discussed need for research and studies to support an effective transition of the Nordic aviation system. Malin Strand and Karl Wistrand underlined that electrical aviation might have a potential to reduce costs for short distance flights and be more competitive than aviation biofuel.

The panel proposed a Nordic collaboration on development in technology and policy to leverage development of aviation towards fossil free solutions. Anders Forslund referred to Conway’s law, saying that the large flight manufacturers might not be the most agile in developing new technologies. Here, the Nordic countries could have a chance to take the lead in developing a new industry for electric airplanes. For longer distances, and in the short term, it was concluded that biofuels are very important. Malin Strand announced a roadmap for fossil free air transport being launched in April 2019. The panel agreed that the Nordic countries should collaborate on working towards climate effective aviation.

Finally, Hans Jørgen Koch emphasized the importance of efficient regulation in the Nordics supporting transition of the aviation system.

Read our recap of day 1 at Almedalsveckan